It became increasingly apparent in 1979 that High Point was in dire need of a local branch of the N.A.A.C.P. Therefore, 117 people met on Monday, May 14, 1979 at the Carl Chavis YMCA (then located at 215 Fourth Street) and thus, the High Point Branch of the N.A.A.C.P. was born. The temporary officers consisted of President – Theodore R. McRae, Vice President – Earline Moore Richardson, Recording Secretary – Earline Dennis, Treasurer – Dorothy Bostic and Parliamentarian – Al Campbell. The national N.A.A.C.P. board officially acted on the local branch’s new chapter application when they met in Columbia, South Carolina. By the next meeting, on June 11, 1979, the membership had grown to more than 283 people. Attorney Sam Chess, then judge, served as legal counsel. Members were asked to become actively involved in one of these committees. The acting president identified five priorities. These priorities included recruiting 1,000 members in 90 days, housing, employment, voter registration, and education.

In 1980, Albert Campbell was elected as our first president. The priorities remained the same and the membership grew. The very first Freedom Fund Dinner was held on January 24th at the Top of the Mart with the keynote speaker being Dr. Benjamin Hooks, the National Director of the N.A.A.C.P. Membership continued to grow to over 1,000 members.

As each new president was elected, the emphasis remained on voter registration and membership, while leading the charge for a new ward system in High Point in 1983 under the leadership of James Roach.

A detailed history of each president and their committee accomplishments is available from the High Point Branch of the N.A.A.C.P. All help, encouragement, and support are very much appreciated. We all must continue to cooperate and pull together as we move forward and look forward to greater goals.

ARE YOU A MEMBER OF THE TEAM?

IF NOT, JOIN TODAY AND CONTINUE TO MAKE HISTORY!!!!!

Visit our calendar to stay on top of upcoming important events.

Addressing and finding solutions to the major issues and concerns of the minority community.

Answer the call for equality. Join the oldest and boldest civil rights organization in the nation.

General Meetings are held every FIRST TUESDAY of the month at 7:00 pm. Check the Calendar for details.

Community Meetings are every FOURTH THURSDAY of the month at 6:30 pm. Check the Calendar for details. 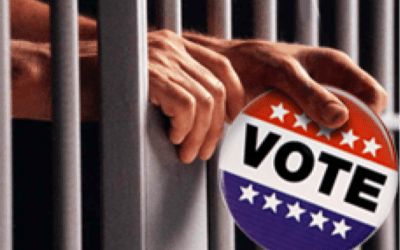 Thousands of North Carolina Felons Can Now Register and Vote

Tens of thousands of people serving punishments for felony convictions in North Carolina but who aren’t behind bars can now register to vote and cast ballots this fall after an appeals court ruling, CSI vs Moore, effective July 27, 2022.   The ruling found that... Stay connected to opportunities to get involved. We'll send you our monthly newsletter along with important events and Action Alerts.