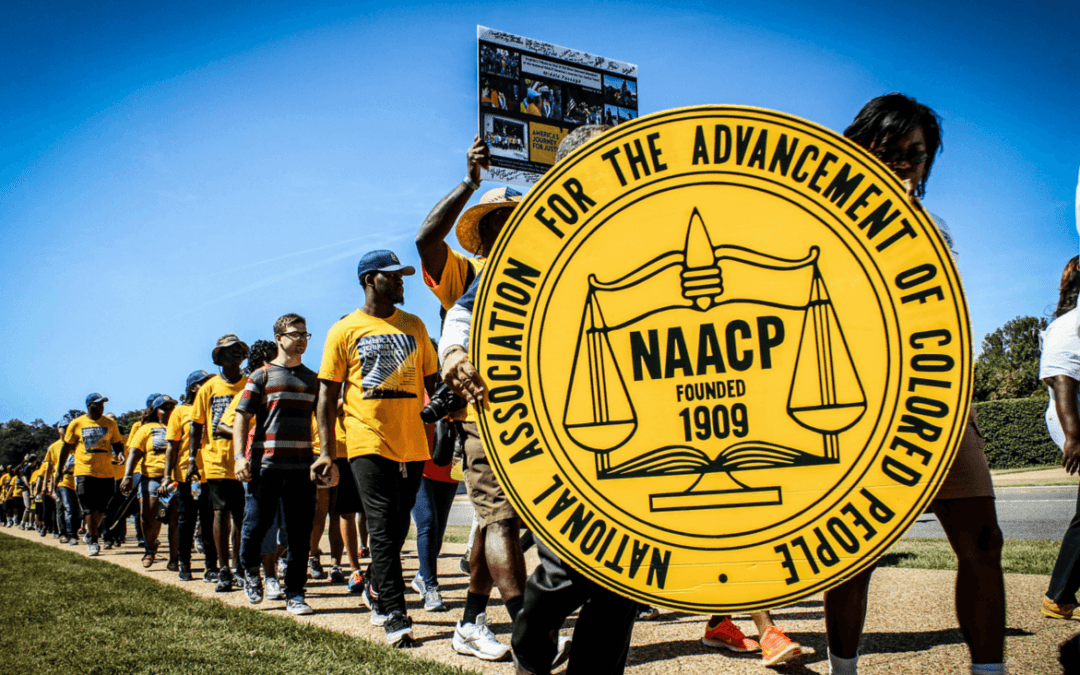 New Haven, CT ([DATE]) – The National Association for the Advancement of Colored People (NAACP) won an important ruling today that allows its federal suit challenging Connecticut’s discriminatory practice of counting incarcerated people where they are imprisoned, rather than in their home districts, to proceed. This marks the first time any federal appeals court has held that plaintiffs alleging such a practice—known as “prison gerrymandering”—can move forward.

The plaintiffs are represented by the Peter Gruber Rule of Law Clinic at Yale Law School, the Rosen & Associates, P.C., and NAACP Office of the General Counsel.

“[T]he Eleventh Amendment does not immunize Defendants from this suit.” Which is “neither frivolous nor insubstantial,” a unanimous three-judge panel of the Court of Appeals for the Second Circuit wrote in an unsigned opinion on September 24, 2019. The decision allows the plaintiffs’ case to move forward potentially to discovery and trial.

The suit, NAACP et al. v. Merrill, was filed in June 2018. Plaintiffs, including the NAACP Connecticut State Conference and individual NAACP members, allege that Connecticut’s practice of prison gerrymandering violates residents’ constitutional rights under the one-person, one-vote principle in the Equal Protection Clause of the Fourteenth Amendment. The suit seeks to compel Connecticut to amend its redistricting practices to count incarcerated people in their home legislative districts instead of the districts where they are imprisoned, to which they often have no other connection.

“Today’s important ruling will allow this case to be heard on the merits,” said NAACP General Counsel Bradford M. Berry ‘88. “We are eager to secure for Connecticut residents their constitutional right to equal representation, this ruling could ultimately be of national significance.”

“We may finally have the chance to reveal the injustice of prison gerrymandering,” said Scot X. Esdaile, President of the NAACP Connecticut State Conference. “We hope that soon the voices and votes from our communities will count the same as those from the rural districts where the prisons are located.”

“Prison gerrymandering has a deep connection to racial inequality,” said Conley Monk, Jr., a named plaintiff in the suit and Marine Corps combat veteran residing in Hamden. “Not only does it harm incarcerated people, who are disproportionately Black and Latino, but it also diminishes the voting power of people in urban districts, which have larger minority populations.”

Connecticut is the state with the sixth highest level of racial disparity in incarceration rates between black and white U.S. residents and the seventh highest for Latinos. The state also has one of the highest levels of income disparity and concentrated poverty in the country.

The proceedings before the Second Circuit stemmed from an appeal by the state. In February of this year, Judge Warren W. Eginton of the U.S. District Court for the District of Connecticut denied Connecticut’s motion to dismiss the case. Instead of proceeding to discovery, Connecticut took the unusual step of seeking review by an appeals court—an appeal Judge Eginton deemed “frivolous.” With the Second Circuit’s ruling the case is now once again moving forward.

“This ruling reaffirms the importance of the rights at stake. We are eager to move ahead and bring an end to this harmful and unconstitutional practice,” said Alaa Chaker, a law student intern with the Yale Law School Peter Gruber Rule of Law Clinic, counsel for the plaintiffs. Chaker argued the appeal alongside Alex Taubes of David Rosen & Associates, co-counsel for the plaintiffs. “We hope that by moving forward and arguing this case on the merits, we’ll be able to shine a light on this violation of one of our most fundamental constitutional rights,” added Taubes.

The plaintiffs are represented by the NAACP Office of the General Counsel, Rosen & Associates, P.C., and the Peter Gruber Rule of Law Clinic at Yale Law School.