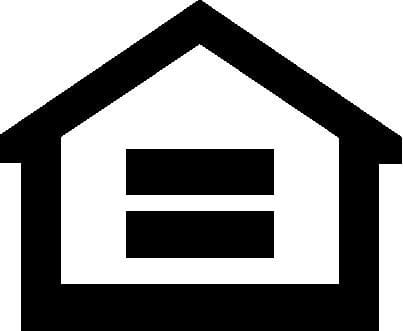 April 16, 2021 – The NAACP, the Civil Rights Clinic at New York University School of Law, and the Lawyers’ Committee for Civil Rights Under Law today began calling on cities around the country to repeal their racially discriminatory crime-free housing ordinances to comply with federal civil rights law.

These ordinances, which do not actually reduce crime, typically make any form of alleged criminal activity a violation of the rental agreement—often in the absence of a conviction or even an arrest—and induce landlords to screen broadly to determine whether a tenant has prior justice system involvement. They unnecessarily increase the involvement of law enforcement in the rental and eviction process, leading to predictably discriminatory results.

“America has a long and ugly history of segregating housing on the basis of race. In light of federal laws that make housing discrimination illegal, municipalities have found new and creative ways to exclude people of color. Exploiting the disproportionate arrests of Black and Latinx persons, crime-free housing ordinances transform contact with the criminal legal system into race-based grounds to keep potential renters out and to evict current renters,” said Hadiya Williams, Civil Rights Clinic Student Advocate. “These ordinances are not only unlawful—they don’t even achieve the pretextual goal of making communities safer.”

“Crime-free housing ordinances encourage and allow renters to be thrown out of their homes for allegations of minor infractions, even if those alleged infractions were not committed by the renters, but instead by a family member or even an acquaintance,” said Anthony Ashton, the NAACP’s Director of Affirmative Litigation. “Crime-free housing ordinances are a thinly veiled attempt to achieve or maintain racial segregation in housing.”

The NAACP, the Civil Rights Clinic, and Lawyers’ Committee are calling on local elected officials in these jurisdictions and across the country to repeal crime-free housing ordinances in their entirety.

“Crime-free housing ordinances treat renters differently than those with the financial means to own their homes. They stand for the proposition that individuals convicted of any crime, no matter how small, can never pay their debts to society and must continue to pay for the rest of their life,” said Professor of Clinical Law at NYU Law School Deborah Archer. “These ordinances are unlawful and fall far short of the ideals of a truly integrated society. They must be repealed.”

Founded in 1909 in response to the ongoing violence against Black people around the country, the NAACP is the largest and most pre-eminent civil rights organization in the nation. We have over 2,200 units and branches across the nation, along with well over 2M activists. Our mission is to secure the political, educational, social, and economic equality of rights in order to eliminate race-based discrimination and ensure the health and well-being of all persons. In media attributions, please refer to us as the NAACP.

NOTE: The Legal Defense Fund, also referred to as the NAACP-LDF, was founded in 1940 as a part of the NAACP, but separated in 1957 to become a completely separate entity. It is recognized as the nation’s first civil and human rights law organization, and shares our commitment to equal rights.