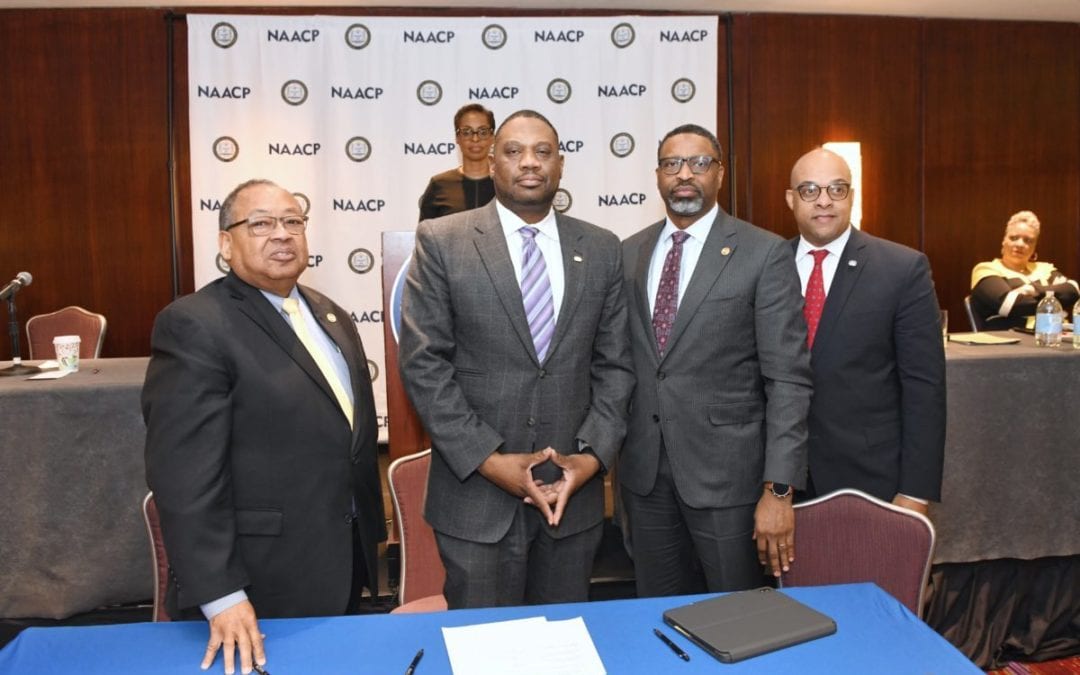 New York (February 15, 2020)—The nation’s most influential grassroots civil rights organization announced today during its annual national board meeting in New York, a strategic expansion that will further strengthen capacity to effect change at the local, regional and national levels.

The Association will have a larger footprint in Downtown Baltimore and Washington DC in addition to regional offices in the South (Atlanta), Midwest (Detroit), Southwest (Houston), West Coast (Hollywood), and Northeast (New York) regions. The current headquarters building in northwest Baltimore will be part of a national redesign competition to explore sustainable uses.

“NAACP branches and units are leading social justice and policy advocacy work in communities and college campuses across the country. This move positions the NAACP to more effectively mobilize resources to support our units for decades to come. It affirms the NAACP’s resilence and needed role at a time when the fight for justice is more urgent than ever,” said Derrick Johnson, president and CEO, NAACP.

Over the last 3 years, the organization has mounted a visionary and strategic reset that has brought in new staff, several new senior leadership roles, and industry-leading systems and technologies. The NAACP is entering the decade with a renewed foundation upon which to serve its members and partners.

Leon W. Russell, Chair, NAACP Board of Directors, stated, ” Civil rights advocacy requires more robust engagement in public policy. We are embarking on a relentless pursuit to position the Association to be more agile and responsive in the face of the serious challenges confronting communities of color.”

The NAACP marked the 111th anniversary of its founding on February 12, 2020, and will gather over 10,000 members, activists,  policymakers for its National Convention to be held in Boston, MA July 25 to July 29.  Continuing a successful research-based relational organizing program launched in 2018, the NAACP is focused on voter and voter engagement and getting out the count for the 2020 Census.

The downtown Baltimore location is on a property managed by Cushman-Wakefield, and the new DC location is managed by the National Education Association.