NAACP to Address the Underfunding of HBCUs across the U.S. on Upcoming Tele-Town Hall 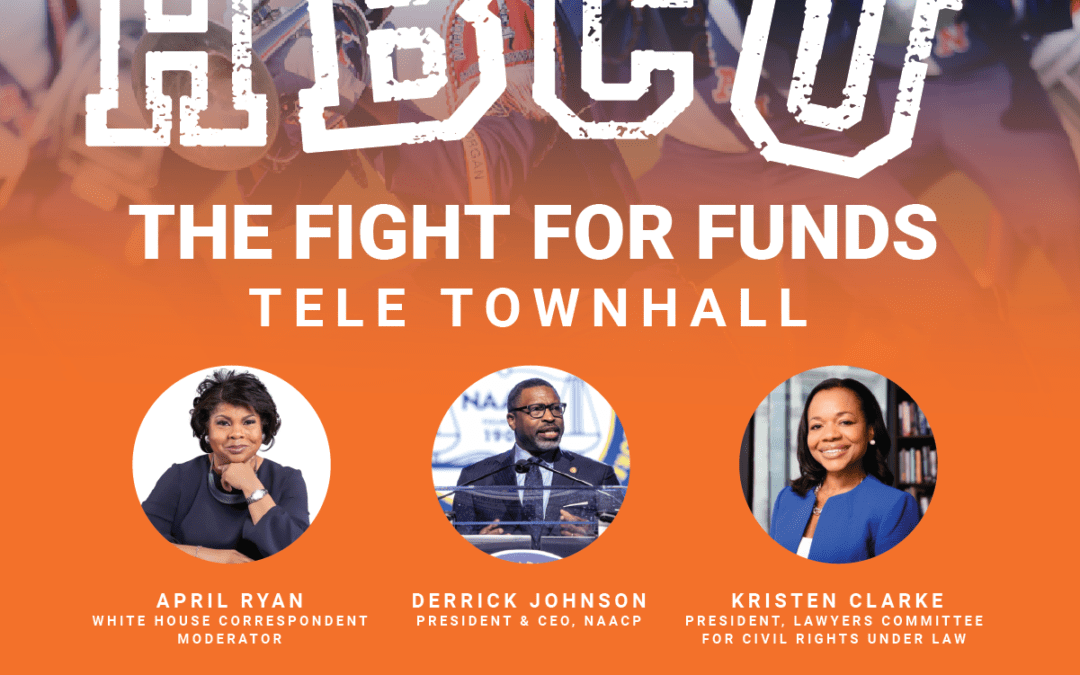 BALTIMORE (October 8, 2019)—On Thursday, October 10, 2019, the NAACP will address the underfunding of Historically Black Colleges and Universities (HBCUs) in Maryland and several other states on a Tele-Town Hall featuring Derrick Johnson, President and CEO, NAACP and Kristen Clarke, President and Executive Director, the Lawyers’ Committee for Civil Rights Under Law. Created initially as the only collegiate institutional options for African American students in states that segregated students, HBCUs now risk extinction due to the lack of state funding. April Ryan, White House correspondent and political analyst, will moderate the hour-long discussion.

“Across the country, HBCUs are facing financial challenges and roadblocks that pose an existential threat,” said NAACP President and CEO Derrick Johnson. “Education is one of the most critical civil rights issues we face today, and it is our responsibility to ensure that our HBCUs, which produce some of the foremost African-American college graduates, remain viable indefinitely.”

“For over a decade, we have fought the state of Maryland to remedy the disparity in academic programs and to secure full and adequate funding for the state’s HBCU’s after a court found the state violated the constitution with respect to the absence of unique, high demand programs at the  HBCUs. But the state continues to drag its feet and short-change the HBCUs.  It’s time for Governor Hogan and lawmakers across Maryland to do the right thing and provide full and adequate settlement for the state’s HBCUs to remedy decades of injustice. We are pleased to partner with the NAACP to right this historical wrong.” said Kristen Clarke, President and Executive Director, the Lawyers’ Committee for Civil Rights Under Law.

Federal and state government has long supported HBCUs, but the financial support pales in comparison to predominantly white institutions. In the last several years, HBCUs have been on the brink of closing their doors to students, while some have shut down entirely because of their inability to keep pace with the rising cost of operations.

Those interested in listening to the conversation, please RSVP: https://www.naacp.org/townhall-rsvp/