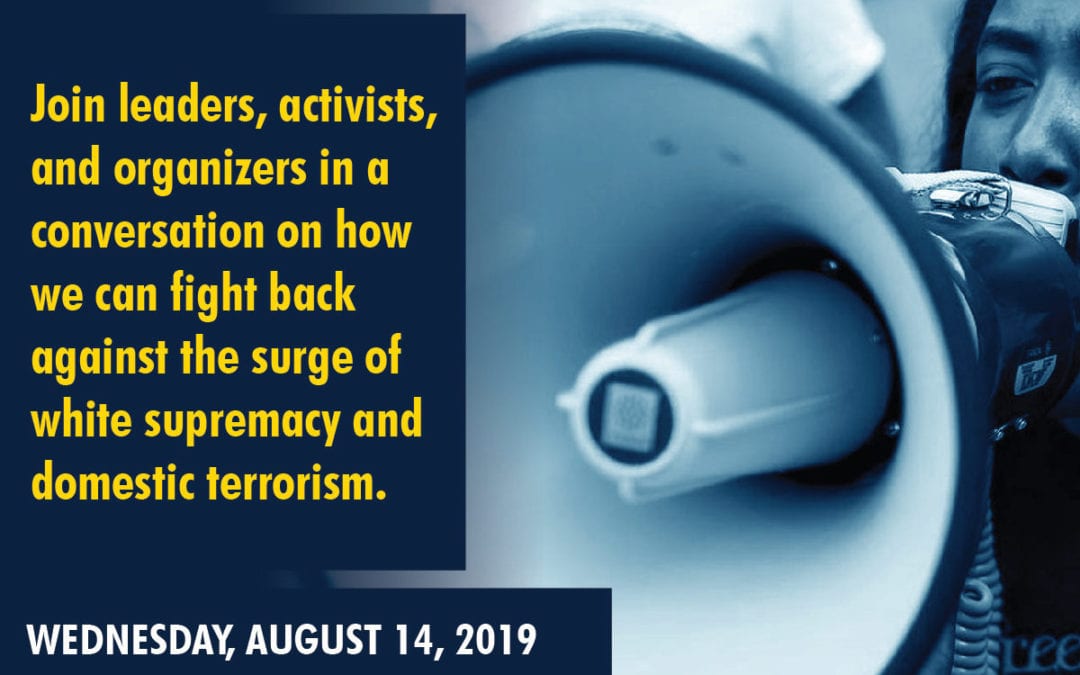 BALTIMORE — In conjunction with partners and allies, the NAACP will host a Tele-Town Hall on Wednesday, August 14, 2019, to demand legislative action to combat the rise of gun violence, domestic terrorism, and white supremacy. Speakers will include representatives from NAACP, State and Local officials Southern Poverty Law Center, and others.

“Two years after Charlottesville, racists and white nationalists are now more emboldened as the recent tragic shootings have shown,” said Derrick Johnson, President and CEO, NAACP. “If we are to course-correct this nation, we must rally together and demand actionable change from those elected to serve and lead.”

The Tele-Town Hall will allow concerned citizens and civically engaged partners a chance to discuss strategies on how they can use their power to create change in a meaningful way.

Featured speakers for the Tele-Town Hall include:

Matt Deitsch, March for our Lives

Lecia Brooks, Southern Poverty Law Center Those interested in listening to the conversation can dial-in: 866-757-0756 or Listen Live Online.