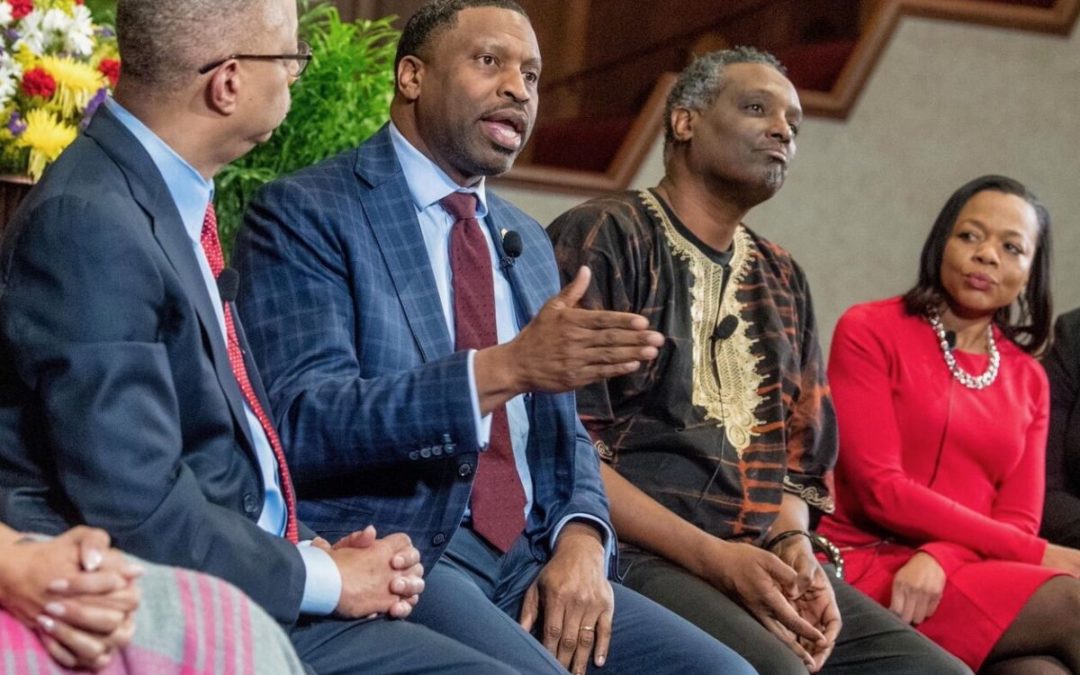 BALTIMORE (January 31, 2018) – On the night of President Trump’s first State of the Union Address, NAACP, the nation’s foremost civil rights organization, hosted its own rebuttal, “The Real State of Our Union,” hosted by acclaimed journalist, Roland Martin.

In direct response to President Trump’s racism, detachment and disinterest towards African-Americans and immigrants, many in the advocacy community gathered at the Shiloh Baptist Church in Washington, D.C. to have a candid and forthright conversation about the true politics of Trump’s first year in office.

While President Trump rallied for a wall on the border and credited his presidency for the drop in the Black unemployment rate, panelists at “The Real State of Our Union” called attention to key Trump policies that plague the Black community: voter suppression, an unequal criminal justice system, and the ostracizing of immigrants. The powerhouse panel urged participants to wield their power in the polls this November, using the midterm elections as a means to steer the country back on the course towards freedom and equality for all.

“We have to be steadfast on our course of resistance,” said NAACP President and CEO Derrick Johnson. “Our right to vote, the quality of our children’s educations, and so much more is at risk. We must stay focused.” Bringing attention to the Trump administration’s repeated attempts at voter suppression and the need for the Black community to participate in the midterm elections, Johnson said, “In a democracy, our vote is our currency. We must protect it with everything we have and use it at every turn.”

Adding to Johnson’s call for Black civic engagement, Tiffany Loftin of the National Education Association added, “We must support candidates that stand with our families and our communities. Skip the coffee in the morning and donate to a black woman running for office.”

Kristen Clarke, President and Executive Director of the National Lawyers’ Committee for Civil Rights Under Law, chimed in on the issue saying, “I am deeply troubled by the wedge the President has placed throughout the country. Our unity at the polls can help close it.” Clarke also drew attention to another area of concern: the stark lack of diversity in the court system.  Clarke said, “We can’t turn a blind eye to what this administration is doing to the court system in this country. 91 percent white; 81 percent male.”

With the sting of President Trump’s recent racist remarks towards immigrants of African descent still in the air, Johnson reminded participants of the importance of immigration and the significance of DACA’s promise to protect America’s most vulnerable residents – a promise that must be kept. Panelists encouraged people to urge Congress to fight for a Clean DREAM Act.

By the close of the event, it was clear that the one antidote to President Trump’s penchant for divisive policies, tactics and rhetoric, is to vote in the November midterm elections. “In this moment, we have got to be clear it’s movement time,” said Rev. Dr. William J. Barber II. “We’ve got to take action every single day.”

Supporters can take action by texting “NAACP” to 40649 to take the NAACP’s pledge to vote.